TMCs still haunted by the spectre of HX ADMs

Holding Cancelled (HX) Agency Debit Memos (ADMs) have been the cause of growing tension between Travel Management Companies and Airlines for quite some time.

The problem is not the ADMs themselves, but rather the way they are enforced by airlines. The inconsistency of the enforcement approach and ever-changing airline policies are the reason TMCs are struggling to understand and manage their ADM-related risk.

Clear communication between TMCs and airlines is essential to ensure that passengers are booked on the right flights at the right times, that double bookings do not occur and that expensive airline inventory isn’t wasted. All TMCs are aware of the important role played by HK/HX sectors in communication between them and the airlines.

However, when HK sectors are automatically changed to HX by the airline to show there is a problem with the booking, such as the fare not being filed or the tickets not being issued, TMCs need to acknowledge the status change at their end before the seats can be freed for resale. On occasion, this status change is overlooked or goes unnoticed on the part of the TMC.

Reasons for this can include:

No matter what the reason behind the oversight, a lack of action on the part of the TMC can result in the airline issuing an ADM. The purpose behind the ADM is multi-faceted:

Why and how has ADM enforcement changed?

By way of example, in December 2013, Virgin Atlantic updated its ADM policy. This was followed in November 2014 by a memo stating that charges would be made on any HX status not removed from bookings at least 24 hours prior to the departure of the affected flight. The memo also included further sanctions for repeat offenders including the “right to inhibit your booking and ticketing capabilities on VS operated or marketed services” (Stop Press 800). Changes in their policy reflect what, in their view, is an increased number of disputes and associated losses affecting the airline. All global airlines feel the same, with similar ADM policies of their own in place.

How ADMs are applied, however, is down to the specific airline. As a result, there is no agreed-upon industry standard, and TMCs can face a wide range of fees for different HX disputes. Each of these adds to the overheads of the TMC, as well as lost work hours and additional paperwork where the booking process is still handled manually.

The search for solution

There have been calls for standardisation in the practice of applying ADMs. Proponents of this move include Doug Mangold, managing director of ARC. He believes that both airlines and agencies would benefit from everyone speaking “the same language” in terms of abilities and expectations.

While airlines may be reimbursed through the existing system, it is far from perfect from the TMC’s perspective. One of the reasons for the slow or even non-existent pace of change in this area has been the airlines’ varying attitude towards enforcing their ADM policies.

The ideal solution is a more effective method of recognising, finding and cancelling HX segments that also complies with an individual TMC policies and procedures. Currently, this can only be achieved through GDS API development. 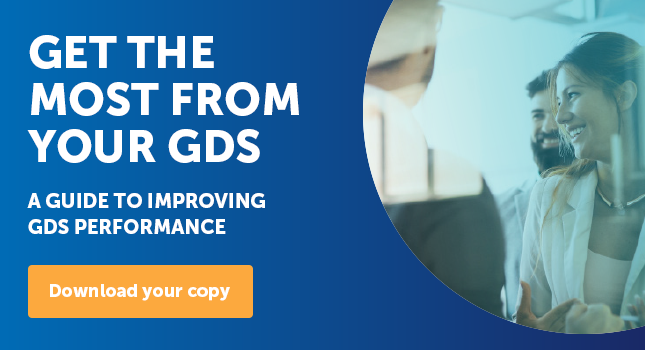